Many people are interested about my beauty routine, and what products I use… they’ll ask and be surprised by my answers, because it’s nothing too fancy or complicated to follow. Since I have a very sensitive skin, I tend to stick to brands that feature natural ingredients as their main concern, such as Caudalie. This isn’t a sponsored post by the way, I just love their products so much that I recently went on a shopping spree at their store, and replaced almost all my current skincare with their amazing stuff !

Not only does it smell great, but it’s also respectful of your skin since it won’t be too aggressive with all kinds of weird chemicals — that, you should definitely avoid if you want to look healthier (sensitive skin like mine, or not). Just think of prone-natural products as the best alternative : our ancestors were instinctively in sync with Nature, because that’s where we came from, so it’s kind of like a good way to reconnect with ourselves.

My 2 steps easy beauty routine, that helps me keep my skin looking fresh, is to exfoliate and cleanse with a mask. I do this two times a week, on Monday mornings so my face recovers & is ready for the week ahead, and on Friday mornings, because I tend to stress and go out more during weekends, so this is like a preventive detox-plan to avoid too many breakouts. Currently I’ve been using the Deep Cleansing Exfoliator & Purifying Mask.

The best way to get all the benefits working for your skin, is to exfoliate your face and neck when you shower. Do it first thing, so that the steam has time to take effect and open up your pores afterwards. When you’re done showering, use a dry towel to remove the water, then apply a mask on your face and leave-in for 10 minutes. Wash it off, and feel your skin super clean and thankful for the treatment.

For these seven movie picks, it’s not just that the wardrobes are covet-worthy; they’re decade defining. From 1960s stylish mod to power suits of the 1980s, these fashion movies are must-sees for me and, in my opinion, any fashion lover !

Puffed hair and power suits rejoice ! Working Girl was the eponymous movie that had one of the best heroine transformations since My Fair Lady. Melanie Griffith’s early fashion choices of outrageous jewelry and big hair pulled inspiration from Staten Island, and her later wardrobe picks (and killer haircut) were upper-class Manhattan boardroom. From sleek power suits to glitterati little black dresses, this movie’s girl-power angle wasn’t the only thing that inspired its viewers; it’s always a good time to revisit the larger than life wardrobes of the ’80s.

Audrey Hepburn’s turn as Holly Golightly of Truman Capote’s design has been one of the greatest fashion films of all time since it debuted in the early ’60s. Despite the role originally being offered to Marilyn Monroe, Hepburn’s grace and Givenchy wardrobe hit the ball out of the park and cemented pearls, LBDs and opera gloves into the world of classic style for all time. From her tuxedo shirt to her tortoise shell sunnies, it’s nearly impossible not to see traces of her style in the pages of every magazine, in the window of every store and on stylish women everywhere even now.

The pages of Vogue have changed the way an entire century has approached fashion, but this movie takes us behind the scenes to show us how the editors put together the hottest styles before the trends are even trends. From Grace Coddington to Tonne Goodman, (at the editorial board of Vogue US) they hand out the ammo for style gurus to learn the secrets to styling and make it their own. If you haven’t seen it, catch up by viewing it ASAP. It’s a must-see for anyone who considers themselves a fashion insider.

From Dress-Barn shopper to Chanel-Boot wearer, Andrea Sachs is the embodiment of what every girl in the mid-2000s wanted from life : to be plucked from obscurity and given a voice. While The Devil Wears Prada does it as fashionably as possible — who wouldn’t want to be made over from the Runway fashion closet ? — it’s the very idea that it could be any one of us that makes it such a favorite. For “the job a million girls would kill for,” it’s easy to see why the fashion, power and beauty of this movie are the epitome of 2000s style.

After Annie Hall, it was the end of the feathered hair and platform boots. Instead, Woody Allen’s wacky indie brought slouchy menswear and stylish androgyny to the forefront of the style scene, and though his ditzy-minded heroine was early to the party, the ’80s followed in gender-bending ensembles for women that gave way to the Power-Woman icon. From tweed to billowy white oxfords, Annie Hall is a style icon that hipsters and fashion lovers alike love as much as the New York City wit she’s so well known for.

Sharon Stone’s turn as Catherine Tramell, the crazed ex-turned-stalker, is one not only of fashion history but cinematic history as well. Though “that scene” is the one that gets all the buzz for something other than clothes, from a closet perspective, the movie is a lesson in ’90s minimalism meets decadence. From Catherine’s monotone separates (that slick white-on-white outfit !) to the low-heeled sling backs on her feet, the heroine’s closet is the real MVP of this film and a telling compass for the style choices of the upper echelons for the decade to follow. There’s no whiff of grunge here !

We can debate about which of Hitchcock’s thrillers is his best, but it’s an undeniable fact that Grace Kelly became a style star in the movie starring opposite Jimmy Stewart. Rear Window cemented the classic look of post-war America. The attention to detail throughout the movie mirrors the intense crime buildup and leaves no one wondering how the beautiful actress became the princess of Monaco. While her everyday outfits are beyond compare, the real scene stealer is the black and white cocktail gown with yards and yards of tulle.

About the Author : Cassie is a pop culture junkie and digital nomad who writes about entertainment, fashion and books for Culture Coverage. She hopes you enjoyed this movie adventure down the historic halls of style. Check her website : click here.

These videos inspired my life !

Here’s the final two episodes from this amazing series produced by British VOGUE, with model Camille Rowe. I shared the previous ones here & here.

I talked about my interest for wellness on The Blog before, and how I thought it was a new important step that I should take in my life, as to help me feel better and happier, and just be more mindful not only of myself but things around me.

Since my first discussion about this, I tried some of what was brought in the series, like meditation, and found out that I have become not only more relaxed but also more open, and caring. Many good positive things, that I will be writing about in future posts. For now, I’m simply gonna say that I feel great and that wellness is inspiring the way I’m living.

… but you can still check out

Carbonmade
This is my old portfolio, that I made when I was just starting to get familiar with photography; I get so nostalgic whenever I look at the pictures !

Skyrock
That’s the fansite that brought me to “fame”… with over 50.000 followers, back in the day when I was a teenager, it was a phenomenon. It’s based on my fave singer, Avril Lavigne.

We Heart It
I actually use that one sometimes for inspiration, or when I make my moodboards but I don’t really post on it anymore.

Basically, I barely update any of these but if you’re interested, check the links 🙂 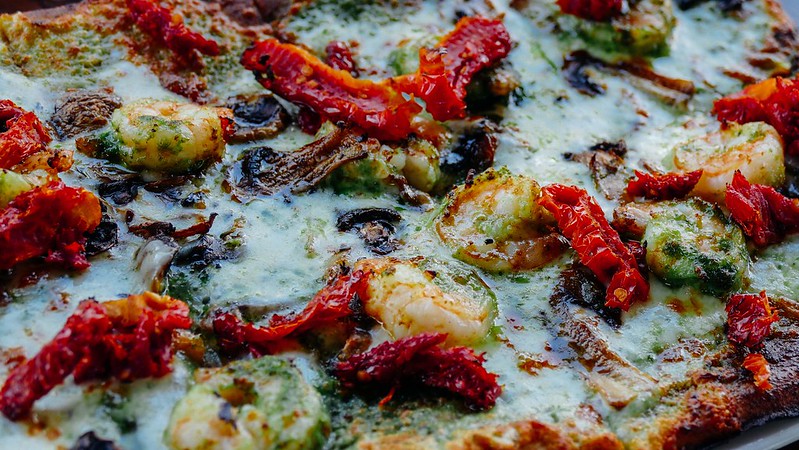 Located on PCH, right across the EF school (which is where I used to attend my classes & study). Rock & Brews was founded with the collaboration of two KISS members. They serve american comfort food, play good music and the decor is very cool. They also offer gluten free options, which is great for me !

Their pizza is literally my favorite in L.A., you must try it if you ever visit Redondo Beach. They have other locations in California of course, but I can only talk for this joint. I had me some garlic cheese fries & a “Margheritaville” pizza with shrimps. SO YUM !

“What’s better than rock and brews ?” 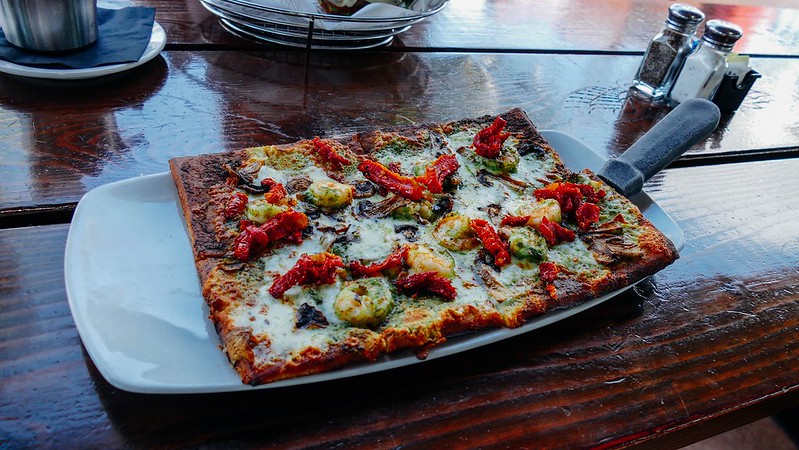 Do not infringe those rules :
Any partial or complete duplication of the content of this blog, for whatever purpose, can be pursued by law & prosecuted. You can be eligible for damages as a result of infraction.
Madison Kennedy
Loading Comments...