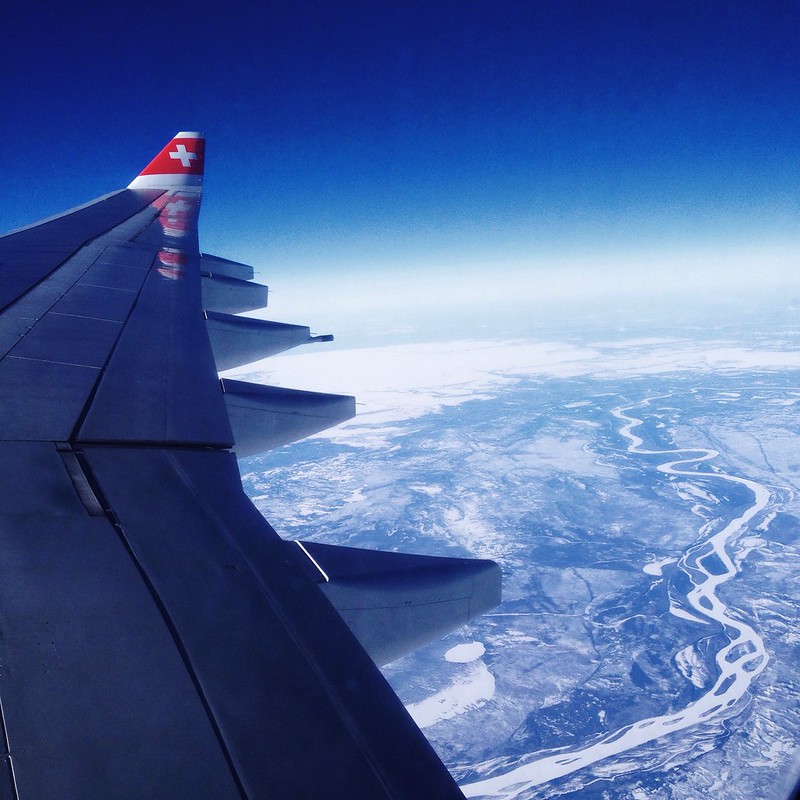 I love traveling, it’s one of my two most favorite hobbies (that, and taking pictures). A couple times a year, I am flying now from Zurich to Los Angeles (& back), which are the longest flights I have ever experienced in my life. They’re about a 12 hours 30 minutes long, and to be honest, the first time I flew for that long I was practically jumping on my seat, I was super nervous, I just wanted to get out… and it was a total nightmare. I simply couldn’t stand it, and the idea that I had to go back on the plane for the return flight, just traumatized me;

but it’s been a few years now, and I have survived these long haul trips : by getting used to it mostly, but also having some tips that I’m glad to share with you, as in like, some type of guide that is definitively helpful to me.

Sleeping on the plane to pass time

I feel like a lot of people expect to be sleeping on the plane, but for me it’s impossible. The space is most often too inconvenient, and I also get excited about reaching my destination, and sleeping next to a stranger is just weird… so if you’re like me, forget about the sleeping : not gonna happen !

Gear up to pass time

That’s what I do and it totally works. I take my portable console to play video games, I have my Macbook with me so I can either work, or most likely watch movies from my iTunes library, because I dislike plane screens, they don’t even show the movies in their original ratios, their image has been adjusted to fit the screens, so it’s no good. Unlike the HD movie versions on my Macbook (which are way better). I have my iPod too, so I can listen to my favorite music all I want, and my iPad on which I usually read digital comic books or draw.

That’s if you can. I know it sounds like a waste of money maybe, but I promise you if you’re flying as often as I do, you’re gonna get real tired of putting up with super squeezed Economy seats, when you can’t even move and start feeling claustrophobic. There is actually in Economy better seats that have more legroom : I definitively recommend those. But I guess the best though, is try and use your Miles to book an upgrade in Business class, so that way you don’t actually pay for it.

Drink as much as you need

The air in the plane is so dry, it literally feels like being in a desert so you gotta hydrate as much as you can. Drink water, NO ALCOHOL ! That’s like super bad ! It will worsen your dehydration ! You don’t want that… They don’t serve enough water, they usually give you those small bottles that are worthless basically, or they come every now and then to pour you a glass of water. But my tip is, before you embark the plane, go buy a couple bottles of coconut or / and spring water duty free (I usually get about 3 liters with me). You will definitively need that.

Do not forget to book your special meals, because they probably won’t have extra special meals by request on the plane, if you haven’t chosen that option when you booked. If you’re a psycho like me, call the airline a week before just to make sure they have what you need : for me it’s gluten free, because I’m gluten intolerant. Call again two days before, to confirm if you’re really crazed about it.

If you’re like me, basically an ogre, and love eating lots of food ! You’re gonna be starving like a wolf on the plane. So what I do, is I buy some cold take away dishes like salad, and fruits (ALWAYS), in the passenger area, which is the duty free space before embarking the plane. I also enjoy one last kinda “real” meal in a restaurant there, because plane food is gross.

You need to prepare that one, especially if you’re a woman. The worst thing to do is wear make-up, at all. You shouldn’t even put anything but hydrating cream on your face when you’re traveling because makeup is nasty and some are even toxic ! It can clog your pores and make you breakout, and also because of the air in the plane, dry out your skin : you’re gonna be screaming when you see the damages that can have.

But if you really gotta wear makeup… (you don’t ever need to wear makeup, you should accept yourselves such as guys do; are they wearing makeup ? 😛 ) get some facial swipes to remove it after you’re settled in your seat. Also, get some water facial spray, and mist your skin to keep it moisturized. Don’t forget to apply a cream over your face and eyes, and disinfect your hands before touching your face. Oh, super important : moisturize your lips and hands as well !

That’s about it, if you follow these simple tips your long-haul flight should go better than expected 🙂 Safe travels !