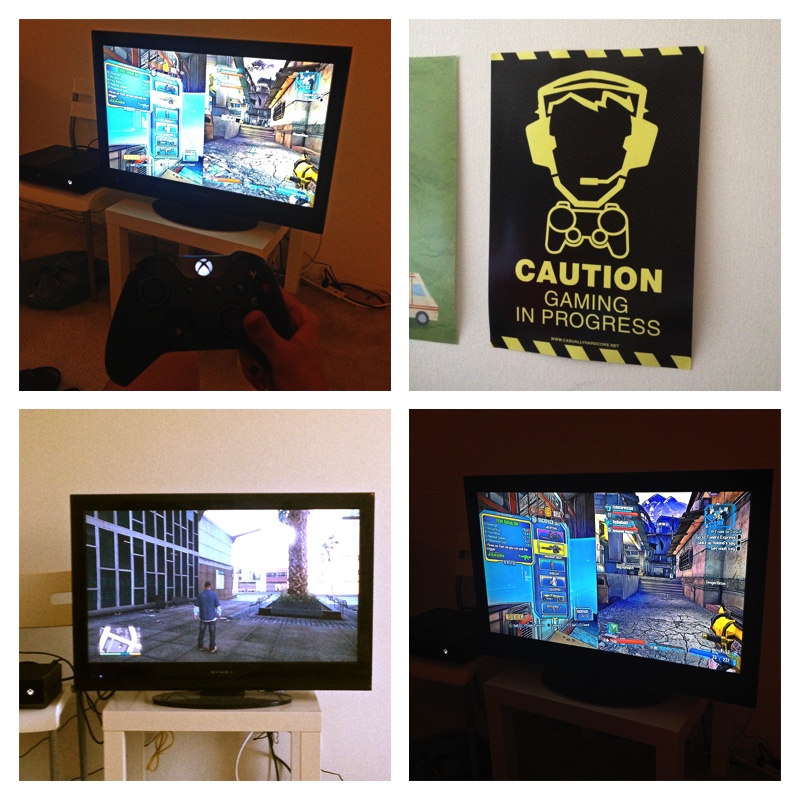 Wow that game ! That game people ! Borderlands is freaking amaze balls ! I have been playing with my friend & two more people online and I’m loving it… I’m obsessing over it already – #NEEDHELP #GEEKINTROUBLE – it is so much fun (currently this and Assassin’s Creed are my two favorite games).

I am Gaige the Mechromancer, my skill is the best… literally, I do not care what anyone thinks, I totally rock : I get to control a robot, the Deathtrap, which is badass & very useful during fights. Basically, I let him do the job while I wait in a corner avoiding to get killed – I know, it’s not very brave but I’m a chicken who got to level 21 so far, in only two parties 😛 so you know what, I’m gonna keep my pace 😀

The only reason I didn’t give it five stars is because the single player mode compared to the multiplayer gameplay is less fun 🙂 if you own that game, find yourself a team and play the missions together because alone it just gets boring after a while; gaming is about having a good time & the more the merrier !

PS. Played GTA V also, but I am not enjoying it so far. I was crazy about GTA San Andreas, it’s really old school now but the feeling I had when I played that game, I didn’t get it with GTA V. Thought it would be better, but it’s… different. Don’t know, gotta play a few more until I make up my mind about it.