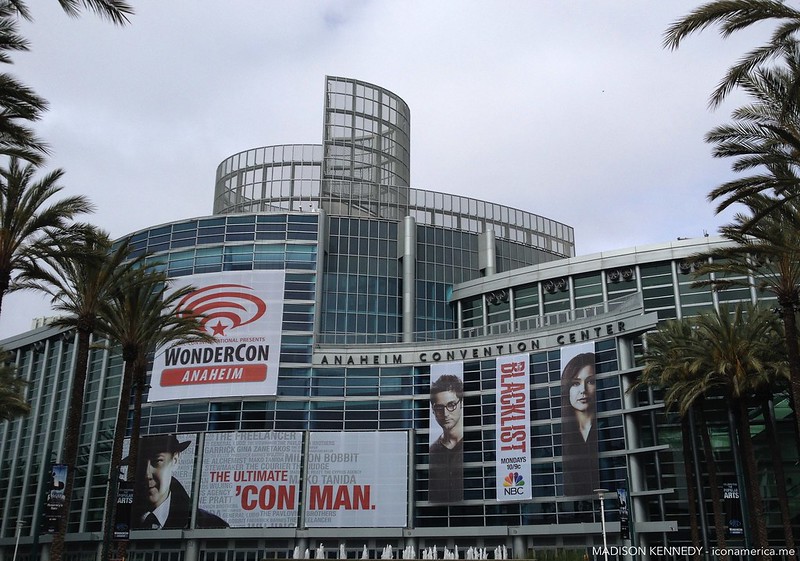 Those who bought a 3-Days or Friday badge could come today (Thursday), to pick it up one day before the Convention starts, so to avoid the big lines expected tomorrow… Which I did, advised by a friend 🙂 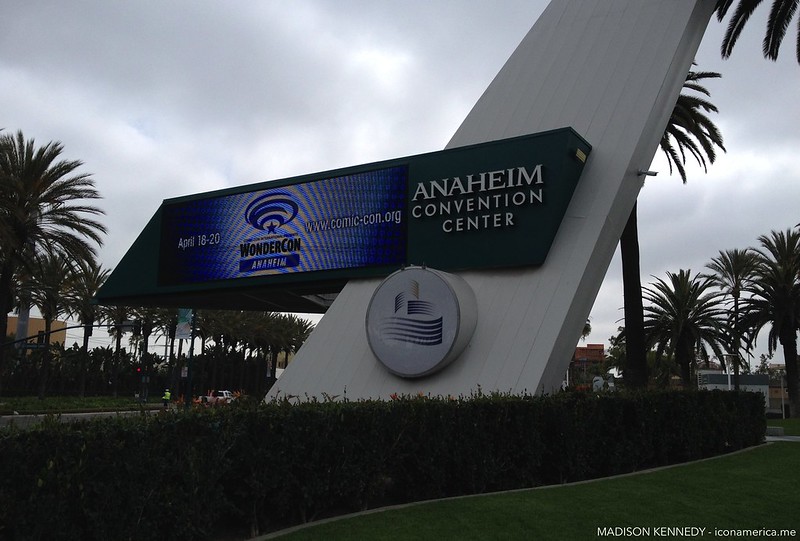 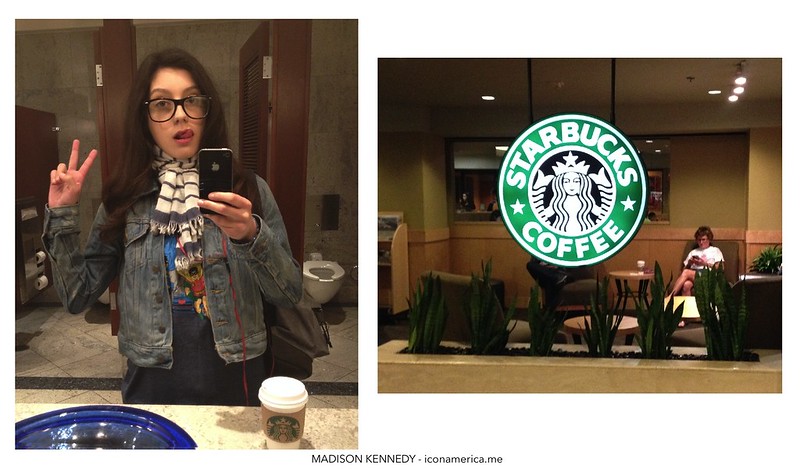 The weather was shitty, I don’t know what the hell happened ! I was freezing like an idiot waiting in front of Hall A, TWO HOURS too early ! Thankfully I had a hot soy vanilla steamer and my PS Vita to keep me warm & busy -_- 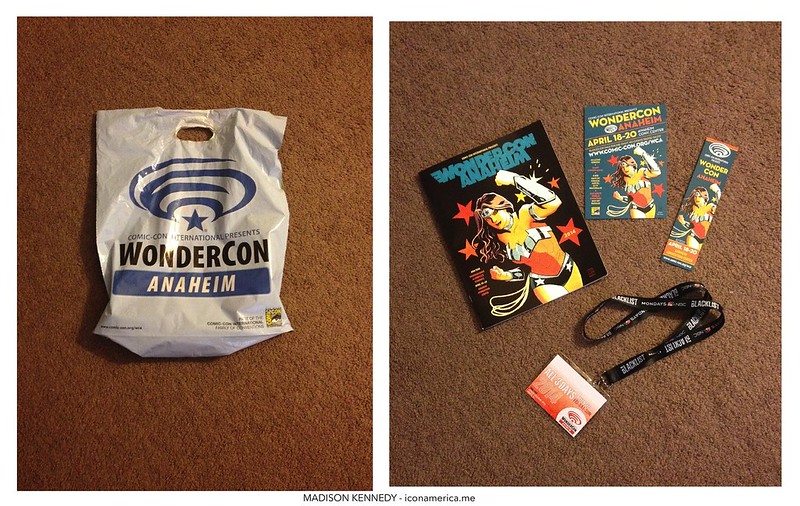 As you guess, I was one of the first in line to get in and get out; Got the official show bag, containing all the basics 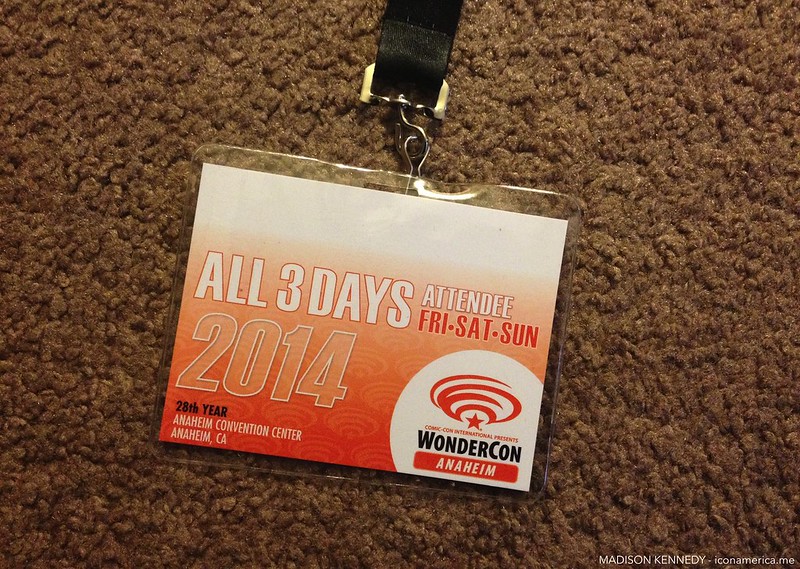 I’ll try to keep a “live report” every day on this blog, going quickly through a few main stuff happening during the Con. But no promise guys, I’ll probably be overwhelmed by the place : like a crazy geek running around the booths and alleys !
I’m way over-excited 🙂 it’s my first WonderCon → reason why I could barely sleep last
night and ended up getting there so freaking early 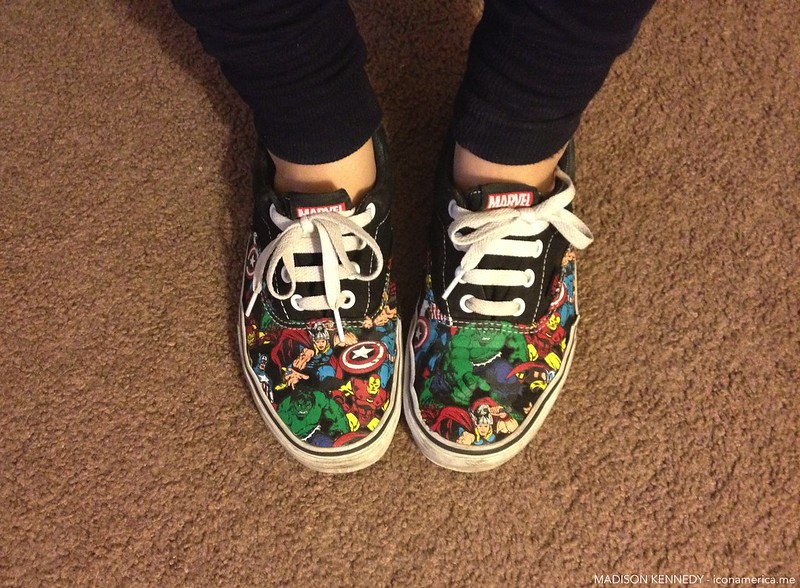 Met a couple nice folks while waiting, lots of them asked about my MARVEL Avengers shoes. I’ll say it here as well, got them at a Journeys store in Santa Monica, but they closed recently & I didn’t check where they relocated so y’all need to figure it out if you want some like these. Guess you can also order online 😛