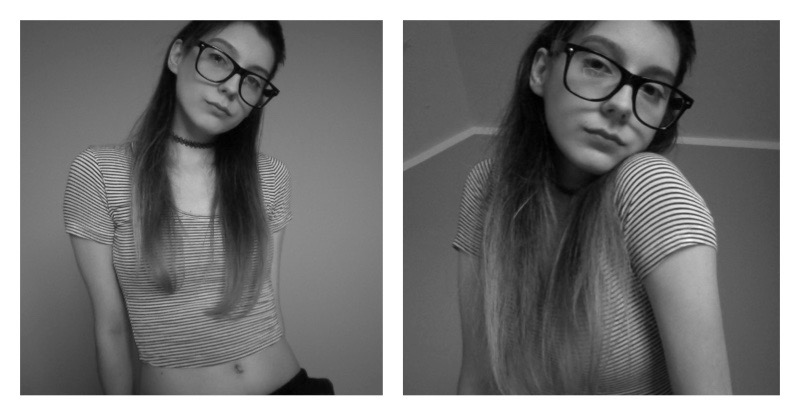 If you could could choose to stay a certain age forever, what age would it be ?

I wish I could be around 16 / 17, because I used to be a total anarchist back then. I was in my rebellious phase, and I had so much energy to do everything… sure I hated society, but that gave me courage to speak my mind louder and do weirder things, without questioning myself. I felt more alive than ever. I didn’t care as much, because nothing seemed completely hopeless since I didn’t know all that I do now, so I still thought people could change things if they wanted to… which idea got crushed as I grew up. I miss my wild, angry & insouciant spirit from that time.

If the world was ending, what would you do differently ?

I would go spend my last days in L.A. with both my sisters and friends, enjoy Malibu beaches, eat as many gluten free donuts I could bare, get vegan ice creams and skate on Ocean Avenue in Santa Monica. I’d watch old movies at the Aero and Egyptian theaters at night, spend my afternoons reading comics at Hi-de-Ho, and do all the crazy stuff I’m always afraid of doing… such as some rides at Universal Studios and Disneyland, surfing when the waves are coming up high, getting into a helicopter to see the city from above… I would just stop worrying, just appreciate the time I have left and completely let myself be as happy as I can, and probably take a forever break from online.

natural me – not wearing any makeup in the picture below 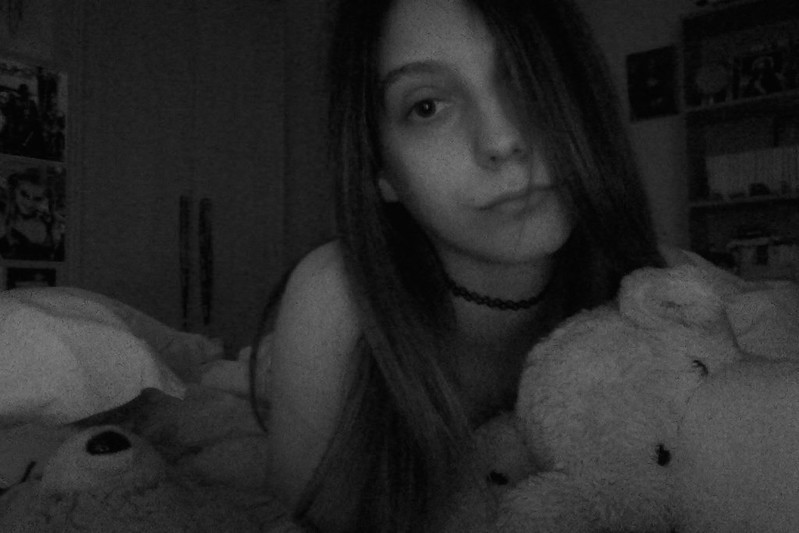 If you had to work on only one project for the next year, what would it be ?

It would be filmmaking, which I kind of dropped out doing for the past two years. I really miss making videos, but I feel like I’ve lost my sparkle for it. It used to be my favorite thing in the world. Recently, I slowly started to get back at it, I think it is all coming through now to something almost unexpected, because I seriously thought for a while I was done with it.

If you were reincarnated as an animal / drink / ice cream flavor, what would it be ?

I think I’d be a cheetah. They run faster than any other animal, but can’t really defend themselves against bigger ones, their strength resides in running away… which can totally define me; actually one of the nicknames that my friends & family call me by is “the runaway” (gives you a good idea of my personality).

If I were a drink, I’d be a Kale Orange Power from Jamba Juice… it’s just bananas, orange juice and kale, my three fave natural foods together, it’s delicious and it has lots of vitamin C – if you know me in real life, you should be aware how hyper of a person I am, I jump all over, scream & move constantly, I’m unstoppable and tire everyone around me. As ice cream flavor… no ! I can’t be an ice cream flavor ahaha. I’d be a banana split, with butter almond ice cream & real almonds on top of vanilla soy whip cream, and some strawberries and honey (hungry yet ?! 😛 )

If you could be any fictional character, who would you choose ?

I can see myself as Harley Quinn, I’m definitively as lunatic as she is, I don’t have the best sense of right and wrong, I’m as childish, excited, impatient, and troublesome. We both like having fun and getting some creepy stuff, and yeah… totally crazy.

If you want to ask some questions for the next interview, send them at madisonkennedy@mail.com

WELCOME TO MY BLOG !
I love taking pictures when I travel, or from places I hangout in, and sometimes I even do photoshoots... I share my adventures on here. 🦋

My biggest dream would be to become a filmmaker some day, so in the meantime I'm trying myself on short films 🌺

you can watch my movies here

I'm also the Founder & Editor-in-Chief of Geekland magazine, if you're a geek at heart, you must check it out 😊

Corona-who ? I don’t know her... 👋
That outfit tho... 👑💫
#Throwback to an impromptu photoshoot in our hotel room in Las Vegas 🇺🇸✨ shots taken by the best, my sister @kennedy.dakota 😘💞

All published content is copyright and owned by MADISON KENNEDY unless otherwise stated. The material on this site may not be reproduced, distributed, transmitted, cached or otherwise used, except with prior given written permission.