For our first day in Belgrade, my sister & I decided instead of exploring the city like proper tourists would do,
to just geek out and RUN to the mall ! 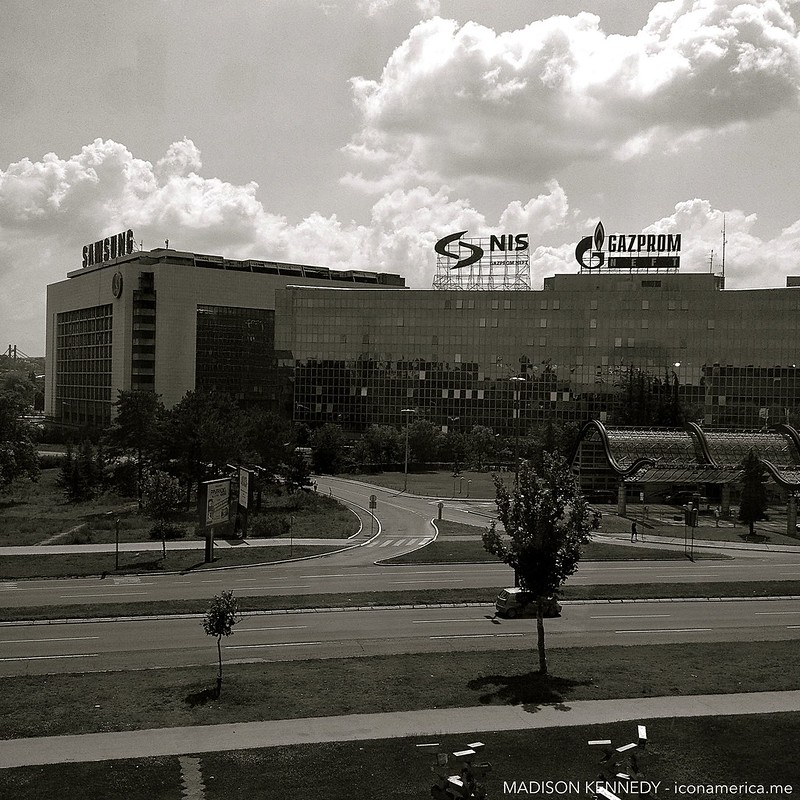 The closest place to us, that had a 3D multiplex was at Usce Shopping Center in New Belgrade 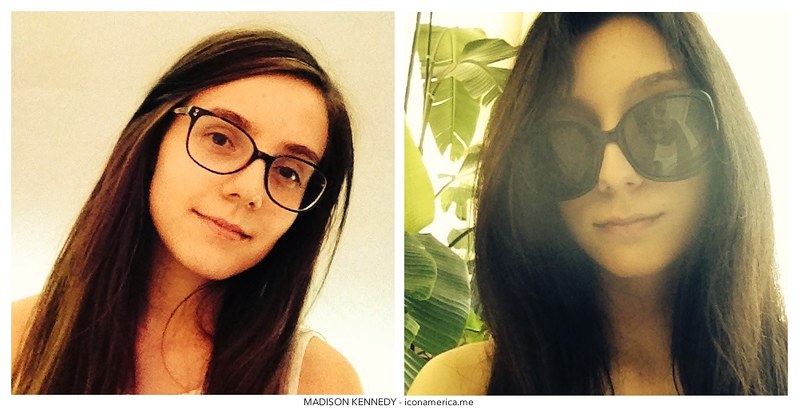 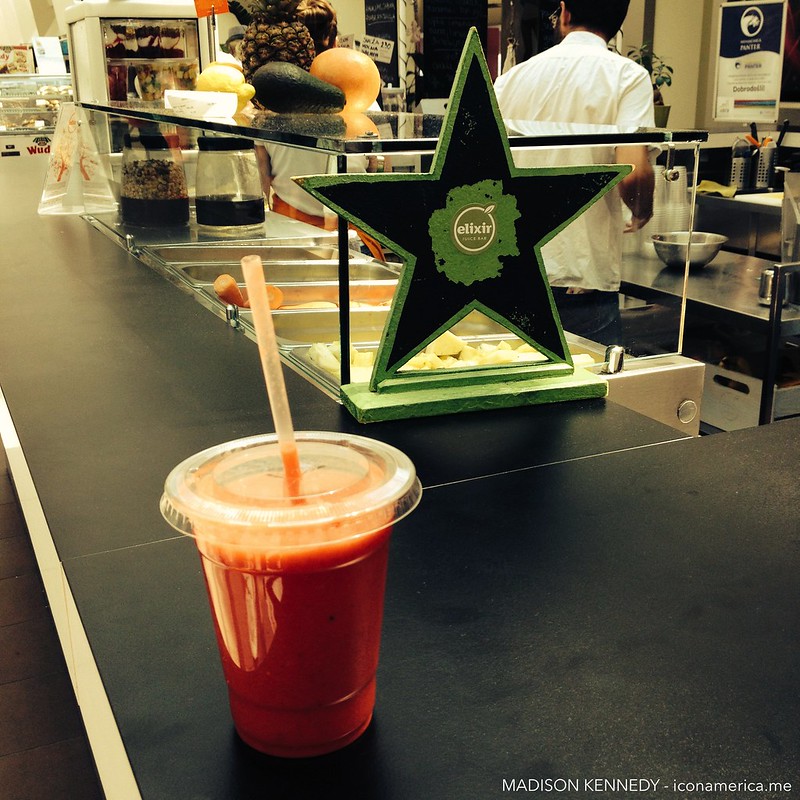 We got there, it was like paradise ! Going to the mall is one of our absolute favorite things to do, and it was so hot outside the freaking A/C inside felt awesome 😀 Being mostly vegan I don’t eat nothing that’s dairy, so finding this juice bar named “Elixir” which was offering soy based drinks, such as milkshakes (yummy ! i’m a milkshake fan !) was super 🙂 I tried first their “Sweet Honey” fresh squeezed juice, that’s made of orange, peach, raspberry & honey – was delicious ! 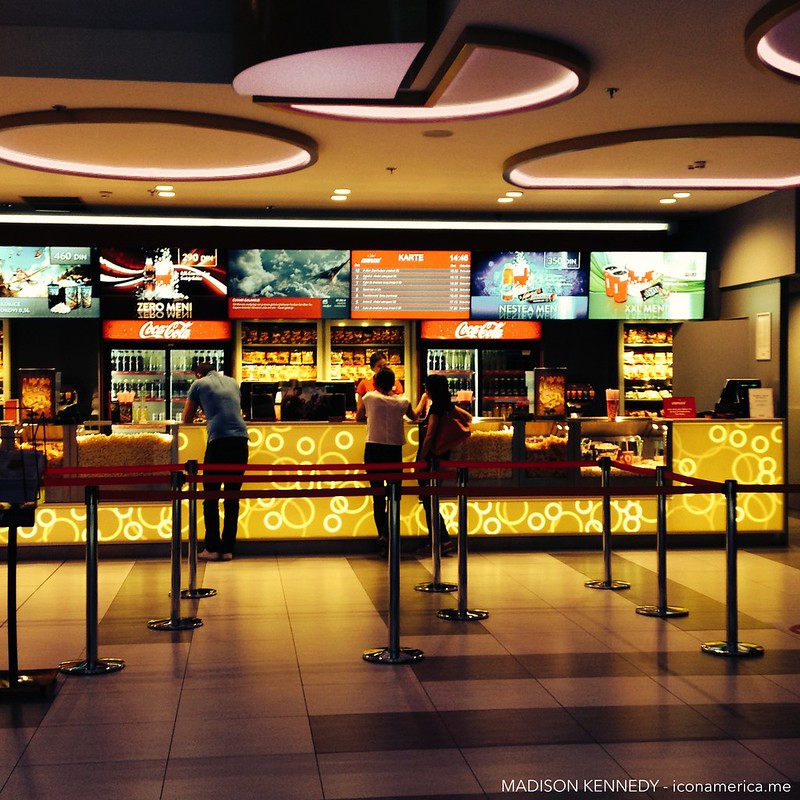 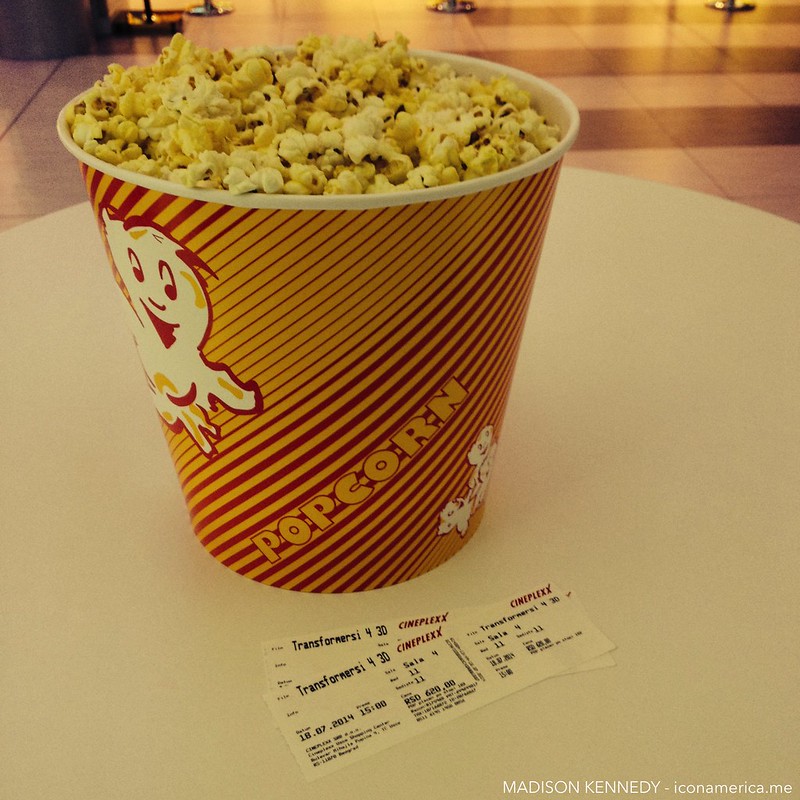 Got ourselves the “Lovers Seats” which are basically made like a couch for two persons (but less comfy), and we went straight to see the new Transformers movie, Age of Extinction. Also, I don’t know what the heck is wrong with me but I ordered the mega XXL pop corn size ! Worst idea of the day… & I had many bad ones 😦 It was like, impossible to finish ! 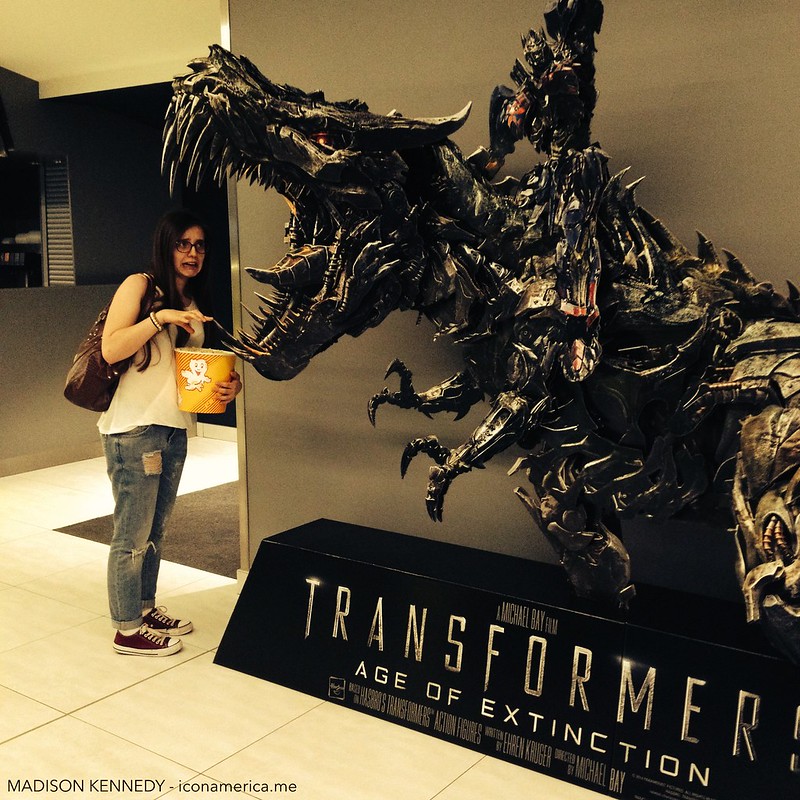 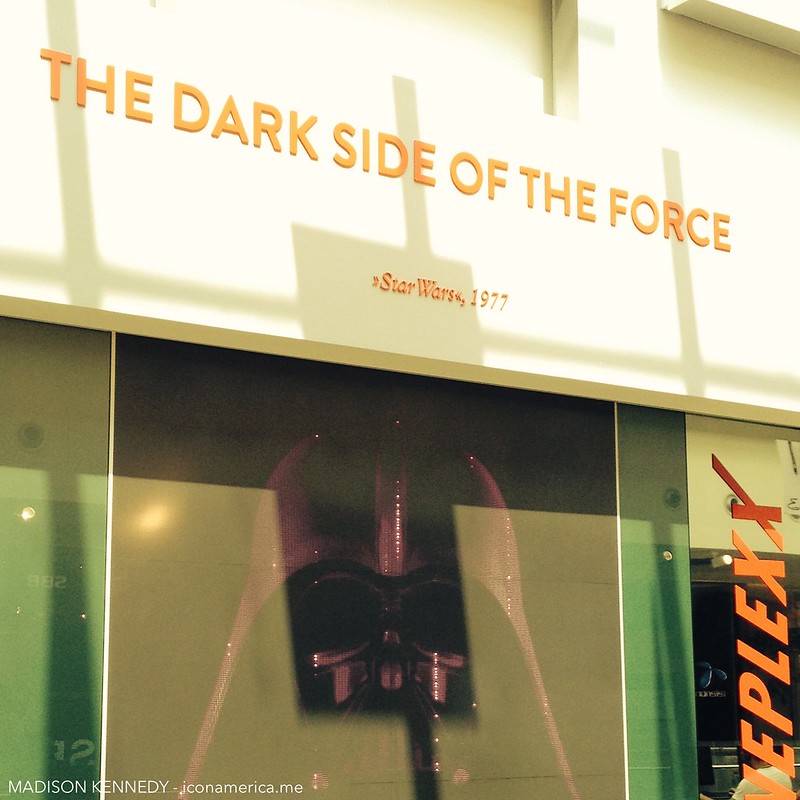 The walls of the Cineplexx movie theater are covered with lighted up pictures and quotes, such as Darth Vader from Star Wars “The dark side of the Force” and The Joker’s famous question in The Dark Knight “Why so serious ?”

It’s not only because of this… but mostly, okay : it’s become officially my new top movie theater spot in Serbia, so I’m gonna be attending a lot of the upcoming sci-fi movies there 😀 (I mean, as long as my vacation goes in this country) 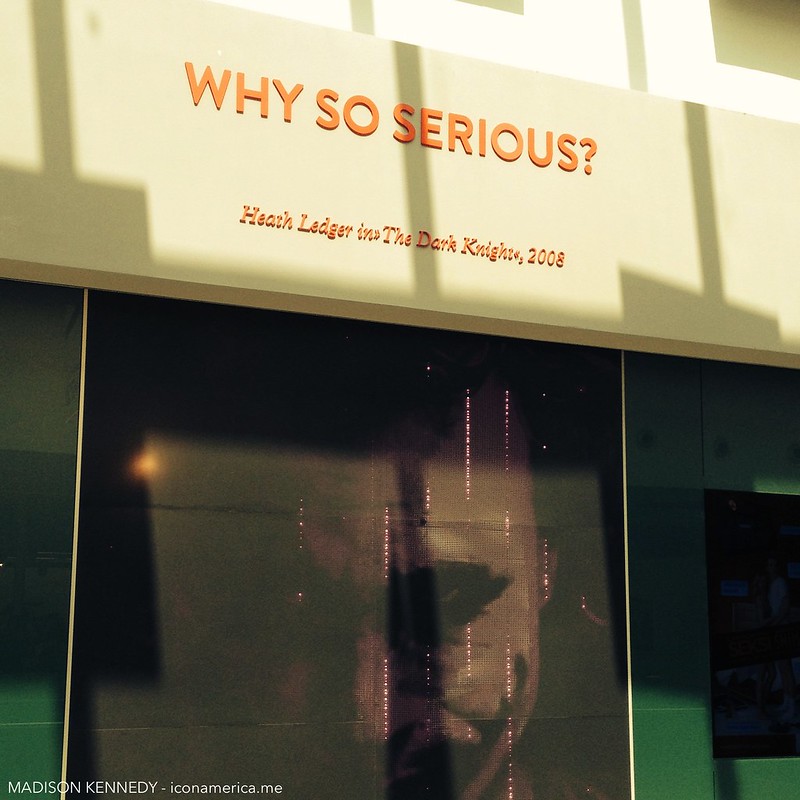 And… the evening catastrophe ! Mega storm & rain like in hell ! I know the common belief is that it’s hot in hell, but I’m telling you : the weather that night, that was real hell ! I was soaking wet, literally my shoes were full of water ! It felt nasty ! I started to shake like a dog shitting razorblades… It was bad 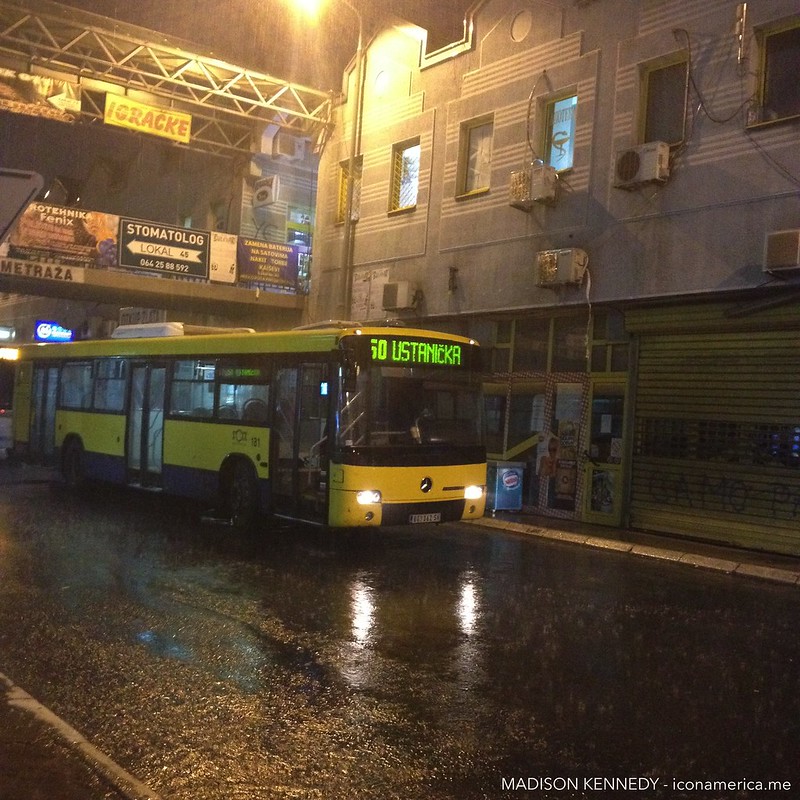 But we got home safely, and despite the weather, this first day out in Belgrade still rocked ! 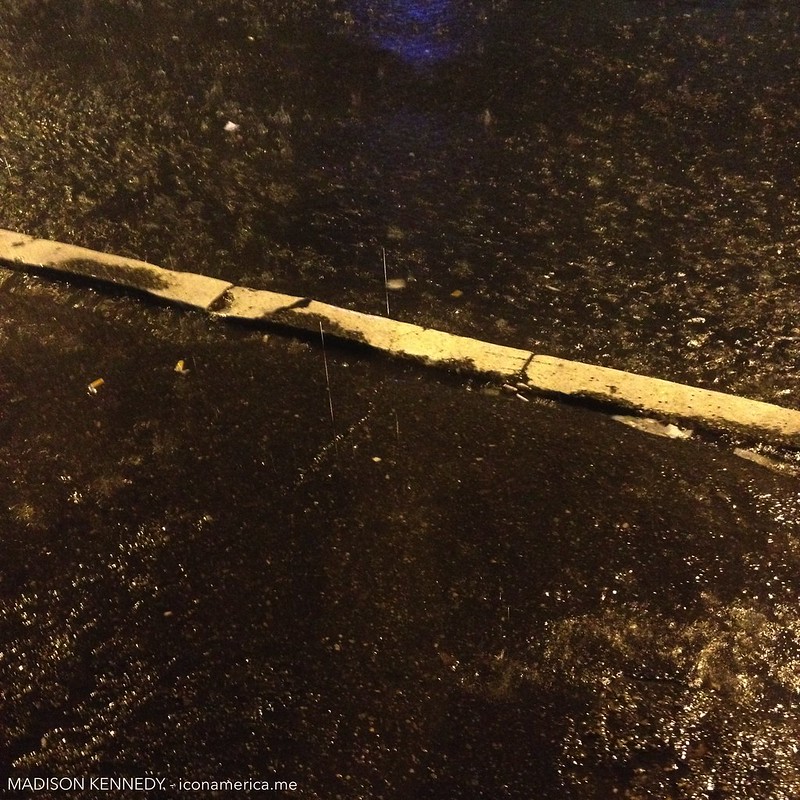